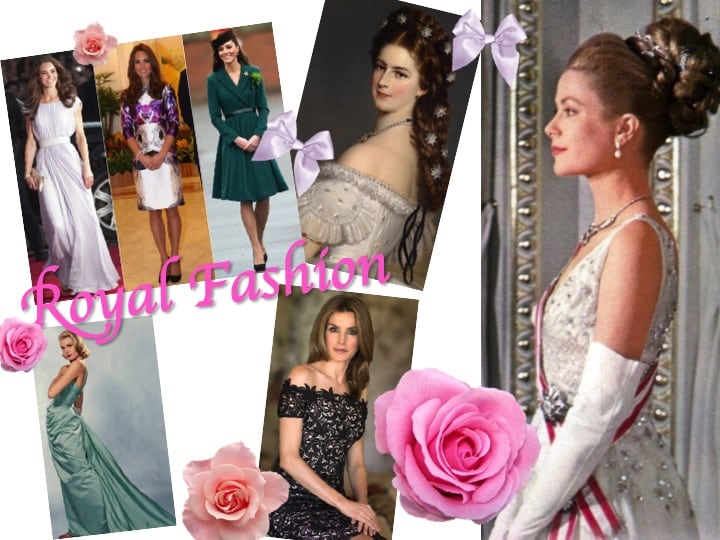 Lately, Royals have been in the news quite often. There was Princess Charlotte’s christening in England, the swedish royal wedding of Prince Carl Philip and Sofia Hellqvist and Kate Middelton appears in the news papers like a pop star.

As a little girl, I was always fascinated about princesses and their beautiful dresses. Of course I wanted to be one too 😉 Actually, I think this fascination won’t completely disappear at any time.

Royals have always been fashion idols. It all started with Queen Elizabeth I. who wore dresses for which the ladies of England would have died for. Some years later Louis XIV. King of France was the one and only fashionstar – and yes he even wore high heels with red heels, sort of ‘pre-Louboutings’ 🙂 Skipping some decades we get to the unforgettable Grace Kelly. After Prince Rainer III. of Monaco married the Hollywood actress her influence for fashion was impressive. She was the American beauty and loved Chanel dresses, sunglasses aaand there was the Kelly-Hermès-Bag that was named after her. Another blonde beauty was Diana, Princess of Wales. She changed form the romantic princess style to a more sophisticated and sexier look (I mean especially the great Versace dresses) with a bob that marked her confidence. She was universally loved even when she was divorced from Prince Charles.

Apparently, there hasn’t been a big change of the influence of royals for fashion. Today, every outfit of Kate Middelton (and even her sister Pippa) is examined carefully. Maybe the style of her and Queen Elizabeth I. is just a little bit different 🙂 Of course, there are so many other royals as well – for example Queen Letizia of Spain whose looks have a great influence and are always stunning.

Below you can see some timeless royal fashion idols. I just love to get inspired of their looks.. I hope you enjoy.

Have a wonderful ‘princessy’ day ????