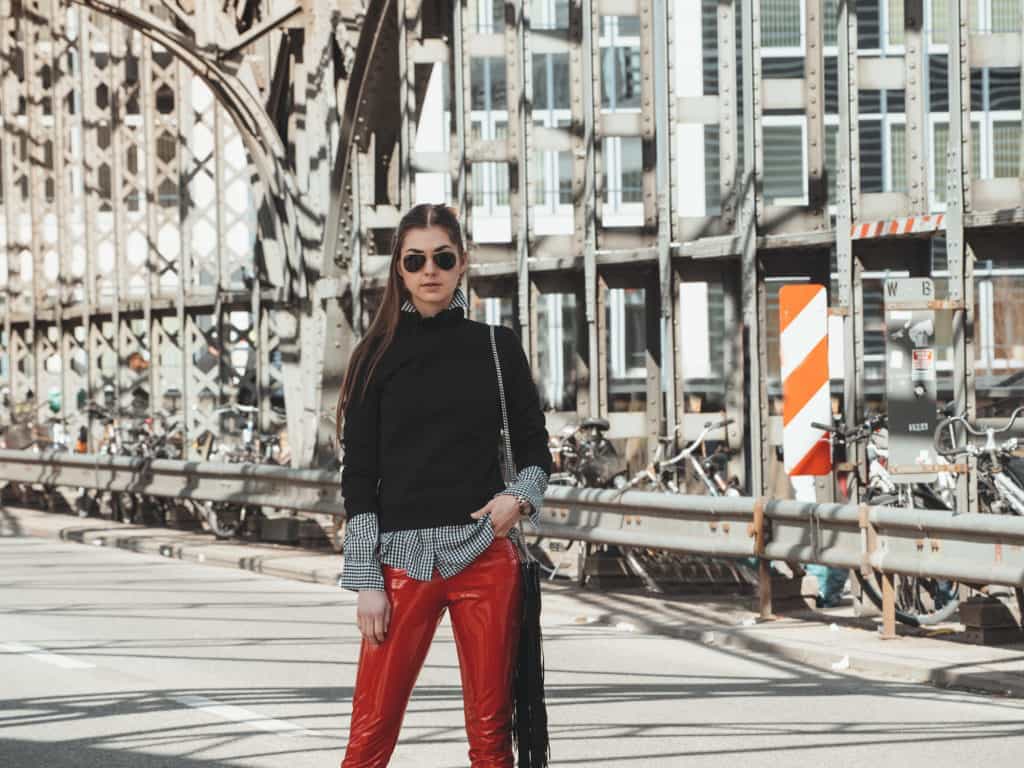 It’s shiny, very striking and bold. Vinyl is not very popular as a material for an everyday look yet and it may not be everyone’s cup of tea. Depending on the area you are living in, people may look at you in a strange way if you walk around with some vinyl pants. But why? It’s just a variation of a coated polyester.

It’s astonishing how the attitudes of countries change when it comes to clothes. In London, nobody cares if you are wearing some vibrant red vinyl pants. Do the same thing in Munich and people will glimpse at you like – which planet are your from. The funny fact is, after some time the folks in Munich won’t care about those trousers anymore too and wear them themselves.

Apparently, those phenomenas don’t only occur in a city like Munich. It always takes some time until a hidden trend becomes a trend all over the world. Basically, there are two ways for it: There is either a group of people – also known as subculture – who starts something and suddenly everyone loves it. This was the case in the 90s, when the hip hop scene got into fashion. This was totally new for the people back then but today, Kanye West is designing his fourth collection for Adidas. The other way is that one person hits a trend and it (slowly) becomes common – those guys are also known as trendsetter. Surprisingly, the Kardashians are an example once again. At least Kim is not the only one anymore who trains her waist until it looks like it was pressed into a corset.

Let’s come back to those vinyl trousers. Ultimately, it doesn’t matter whether people look at you in a strange way first. Why wait with wearing them until everyone does it? Just let the coated polyester upgrade your outfits. 🙂