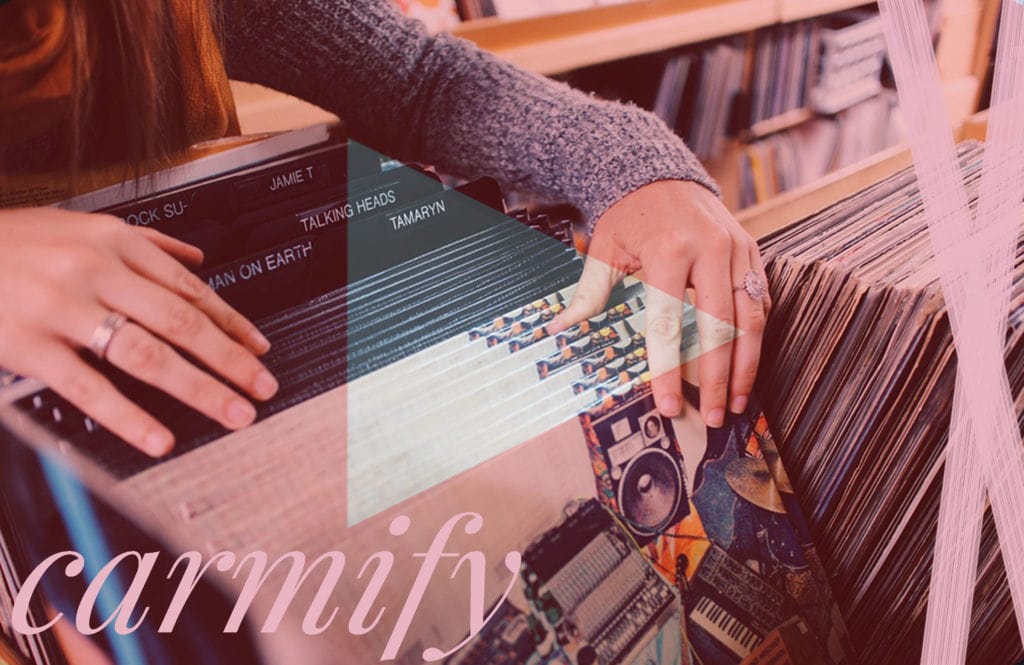 October is just around the corner, which means it’s time for new tunes! It’s all about (Halloween) holiday inspiration, new releases and song lyrics worth thinking about. Plus with this month’s topic being social media on CARMITIVE we’re taking a look at the influence of YouTube and Co in the music industry.

It's one month before November, which basically means that we have four weeks to go before it’s impossible to avoid ginger bread men and Santa hats when going grocery shopping. Those who still refuse to let go of summer can (at least mentally) find themselves on an Island In the Sun by listening to Weezer or to Jack Johnson’s newest studio album All the Light Above It Too – surfer vibes guaranteed! So, these days we really can’t avoid social media – even in music. Artists and bands like Pentatonix, Panic! at the Disco, James Bay and George Ezra saw the appeal and chances of Youtube and Co. They all made their start by sharing their talent on different platforms. And while that makes some pretty neat success stories, there are definitely many cons to being online 24/7. However last month, Instagram, Facebook and YouTube were a blessing indeed. With natural disasters in South America and the United States, many used their voice online to raise awareness and collect donations for those affected. It reminds us that to a small extent we really can all be Heroes. So let’s stay positive and hope for some much needed Good News.

WEEZER – ISLAND IN THE SUN

How does a song about having fun in the sun fit into the month of October you might ask? Well, think about it that way. Summer has come to an end, only a few weeks ago, we were hesitating whether we should turn on the fireplace and wear coats, which would mean finally giving in to the cold season. While some may enjoy being cuddled up and already getting ready for the holiday season, the others wish they’d be on a golden sea. Let’s get into that state of mind by listening to American Rockband Weezer’s 2001 hit Island in the sun. Plus, the song is perfect for this month as we are waiting for Weezer’s anticipated tenth album, which appropriately enough is called Pacific Daydream and expected to drop on October 27. So let’s put on our headphones and start daydreaming.

PANIC! AT THE DISCO – DEATH OF A BACHELOR

With Youtube and other social media platforms, today more than ever it seems fairly easy to get your music out there. The question is, who is going to listen to it? Websites like Soundcloud or Bandcamp are specialized in streaming and distributing tracks of (mostly independent) artists. Another one of those, called PureVolume helped pop punk band Panic! at the Disco in the mid 2000s to get discovered. When they uploaded some of their early demos onto the platform, they also jokingly sent a link to Pete Wentz via LiveJournal, another social media platform. The bassist and songwriter of the band Fall Out Boy instantly became a fan of their music, which ultimately resulted in him signing Panic! to his record label. With a mentor like Wentz, who occasionally wore “Pete! at the Disco” shirts at his own concerts the band gained popularity and has launched five studio albums since. With the last one called Death of a Bachelor Brendon Urie, the only (original) band member left, says farewell to bachelordom, as he got married shortly after the recording.

GREEN DAY – WAKE ME UP WHEN SEPTEMBER ENDS

“Summer has come and passed…” – the song that seems to be played everywhere around this time of year actually has a sad origin. Green Day front man Billie Joe Armstrong wrote the track about his father who had died of cancer in September of 1982. Although the song didn’t reach number one of the Modern Rock Track chart, it was all the more impactful. For Armstrong it was a way of therapy, as it was for those affected by Hurricane Katrina in August 2005. The song is oftentimes associated with Katrina, for it’s a song that symbolizes hope. Now, more than ten years later Hurricanes Harvey and Irma and the earthquake in Mexico destroyed more that just houses. Our thoughts are still with those affected by the ecological disasters and our respect goes out to everyone who selflessly helps the victims.

Where to donate now: