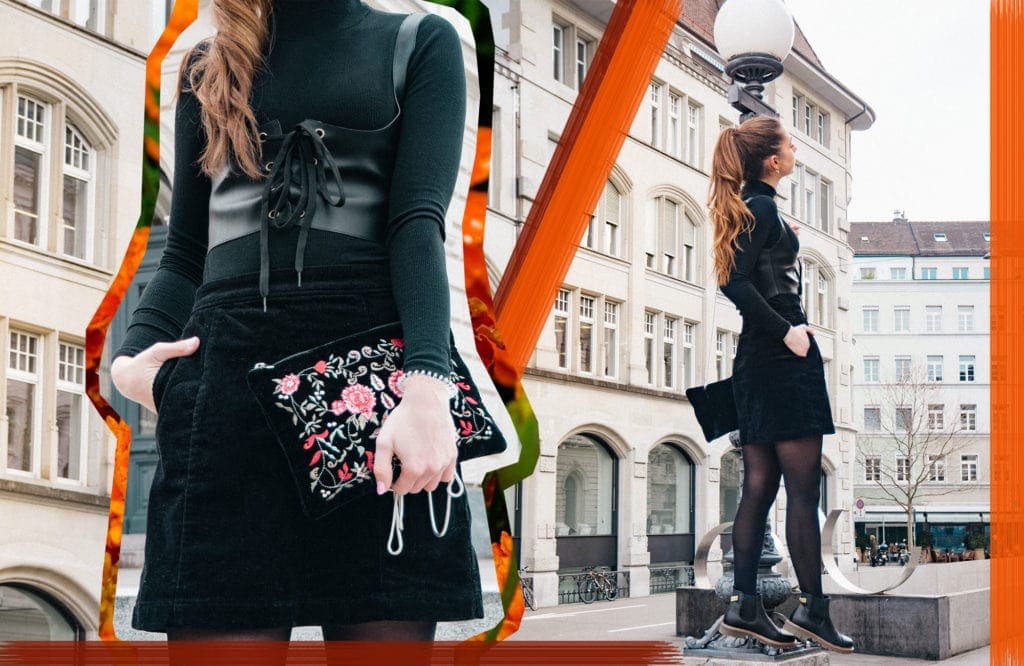 Tomorrow, next week or in a few months – what will the future bring? Well, there are some visionaries or forecasters who could tell but in the end, it’s not them who will make the forthcoming happenings. It’s about us; about how we deal with those expectations and it’s especially about how we deal with the situation of this very moment. As the outfit of this post is inspired by the Mexican artist Frida Kahlo, let’s take her as an example: Even though she had a very hard life, she made the best out of every situation, not worrying about the consequences all the time.

She was ahead of her time but still lived in the present. Frida Kahlo’s career didn’t really pass off as you would expect it from one of the most famous painters of the 20th century. Already as a little girl, she suffered from poliomyelitis. After a bus crash, the Mexican spent months of lying in her bed in a bodycast or steel-corset. Also in her later years, she was troubled with backache and afflictions of her right leg – which had to be amputated shortly before she died at the age of 47. So instead of wallowing in self-pity or waiting for better days to come, she started painting in her bed. Inspired by the Mexican Revolution (which started off in 1910), the communism and feministic approaches, she brought her messages onto canvases in her very own surrealistic style. Over time, she also became popular for her unique look: bold eyebrows, long dresses, flower prints and floral wreaths became her trademarks. 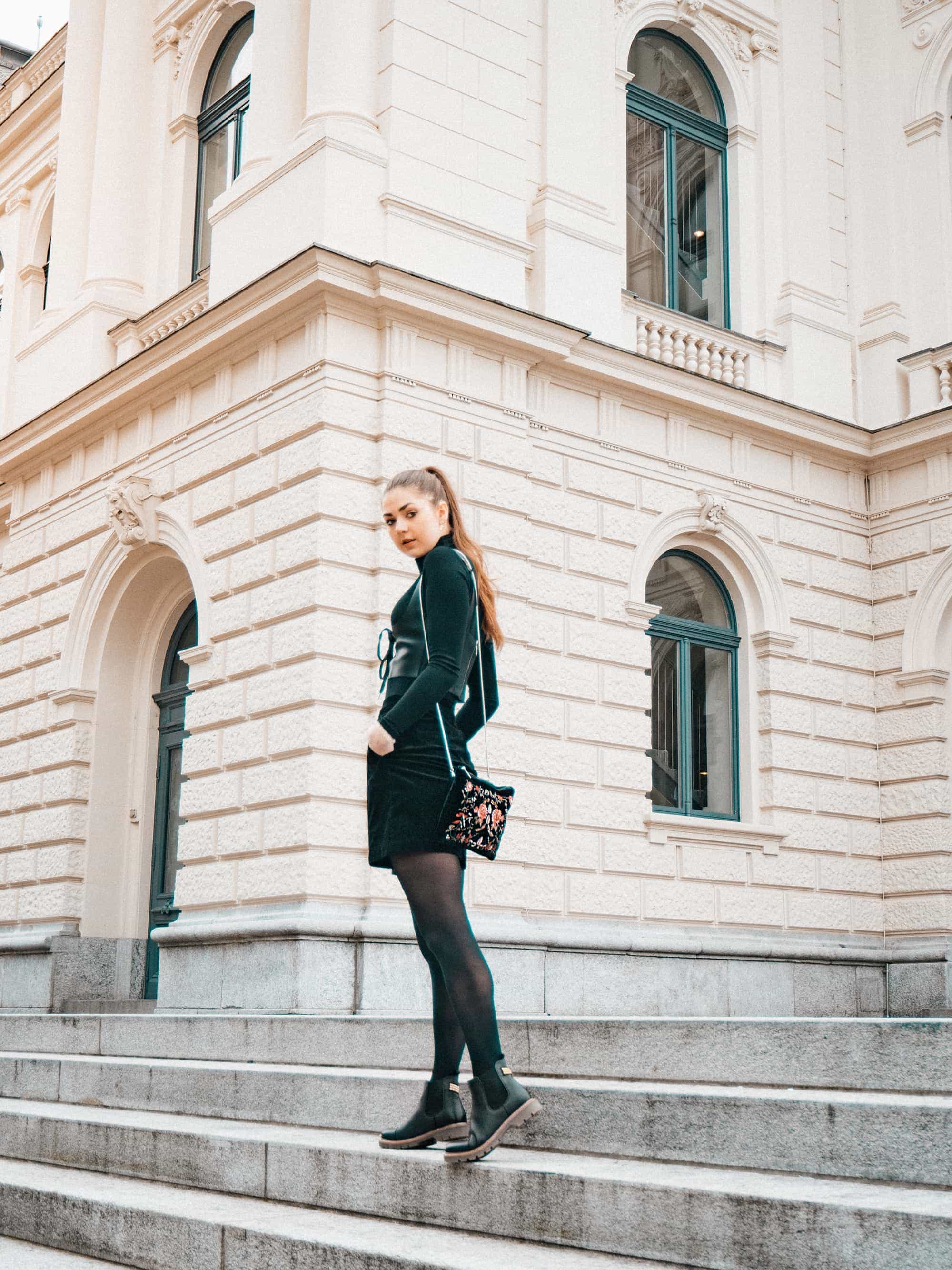 Just as Kahlo had never copied someone else, the outfit of today’s post should not result as a pale imitation of her looks – you can search them on Google anyway. 🙂 However, I rather wanted to interpret “Kahlo characteristics” in a way, which suits the current time: A flower-embroidered bag as an association for her love for flowers and a corset top as a sign for self-confidence. Along with those features, I chose simple accessories and combined them with an ensemble of a black turtleneck top and corduroy skirt – classics, which remind of the timeless attitude of the painter.

Now back to the question: What will await us tomorrow, next week or in a few minutes? Even if we worry our brains to the limits, the resulting expectations might not become reality anyway. So before we spend more hours thinking about anything and everything, it’s much more worth it to enjoy the moment. Withal, it’s likely to realize that the awaited changes are already within our reaches. If something shouldn’t occur the desired way, let’s remember that even Frida Kahlo always had a Plan B ready: “Feet, what do I need you for when I have wings to fly.” 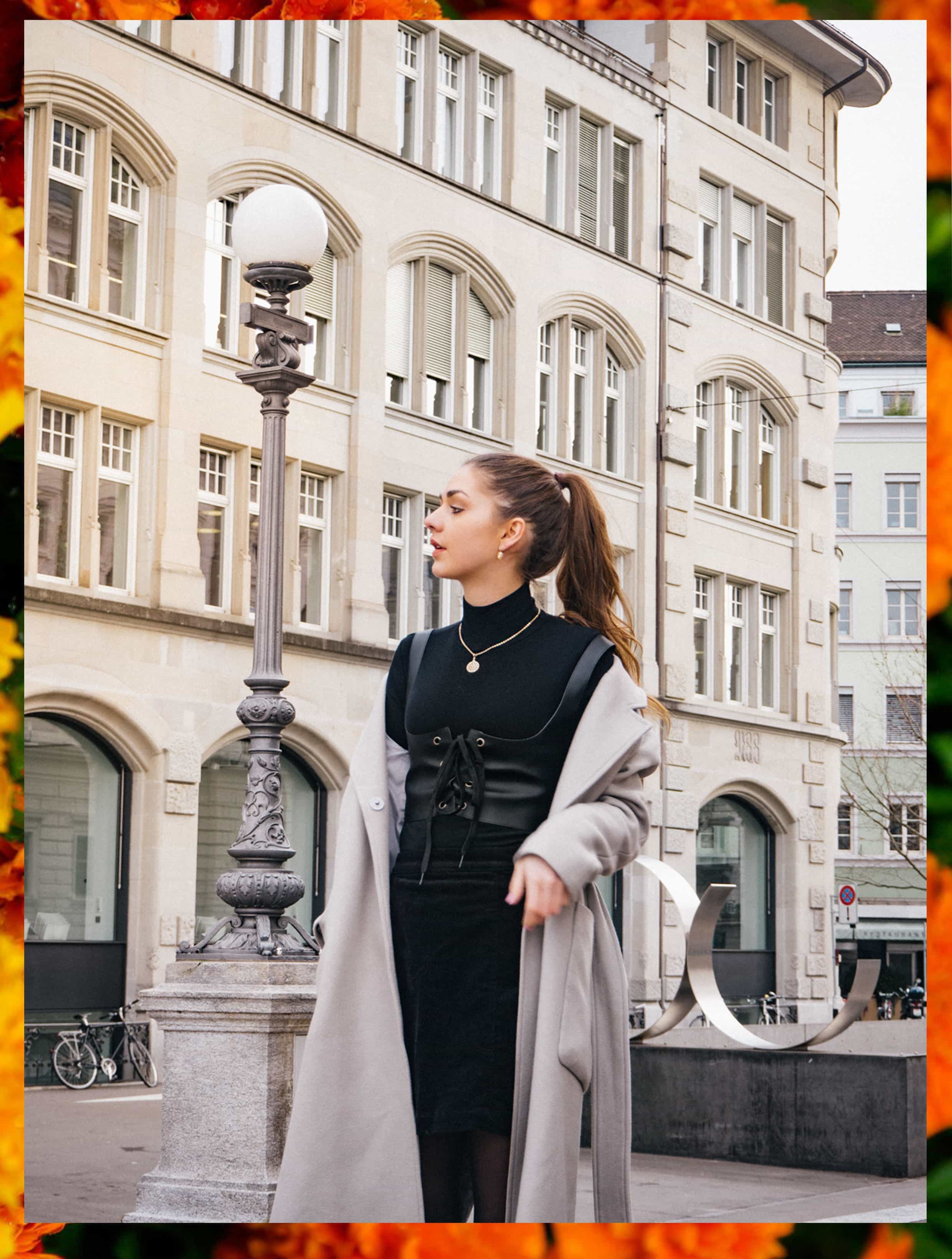 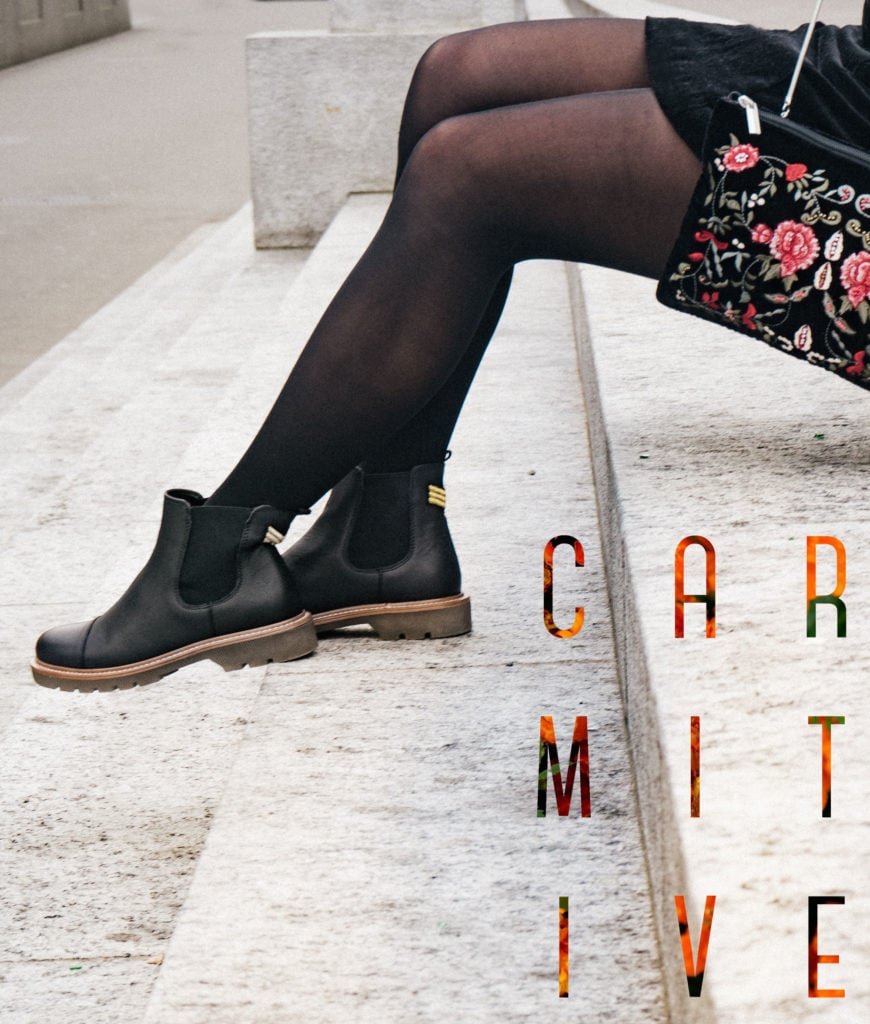 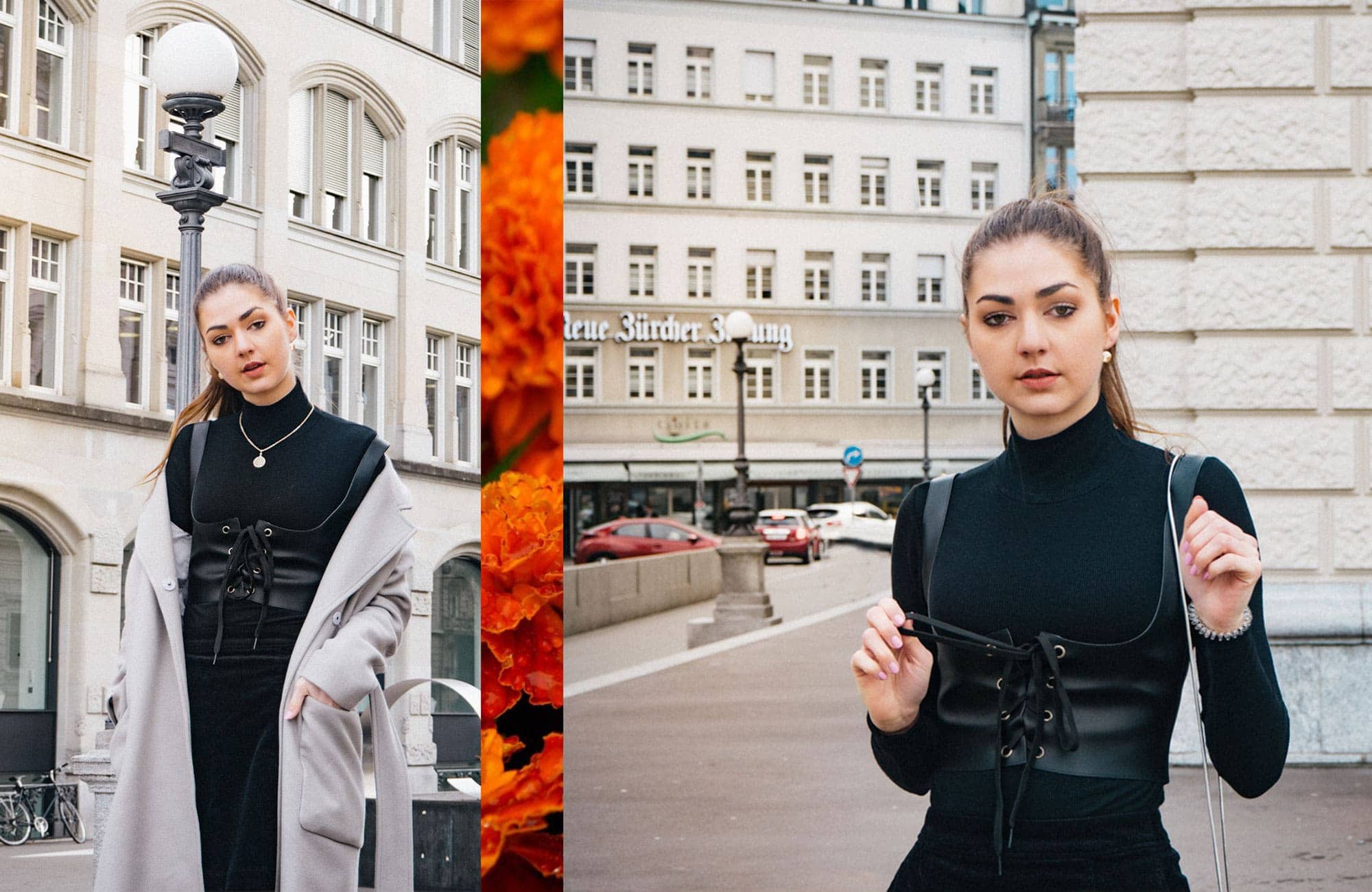 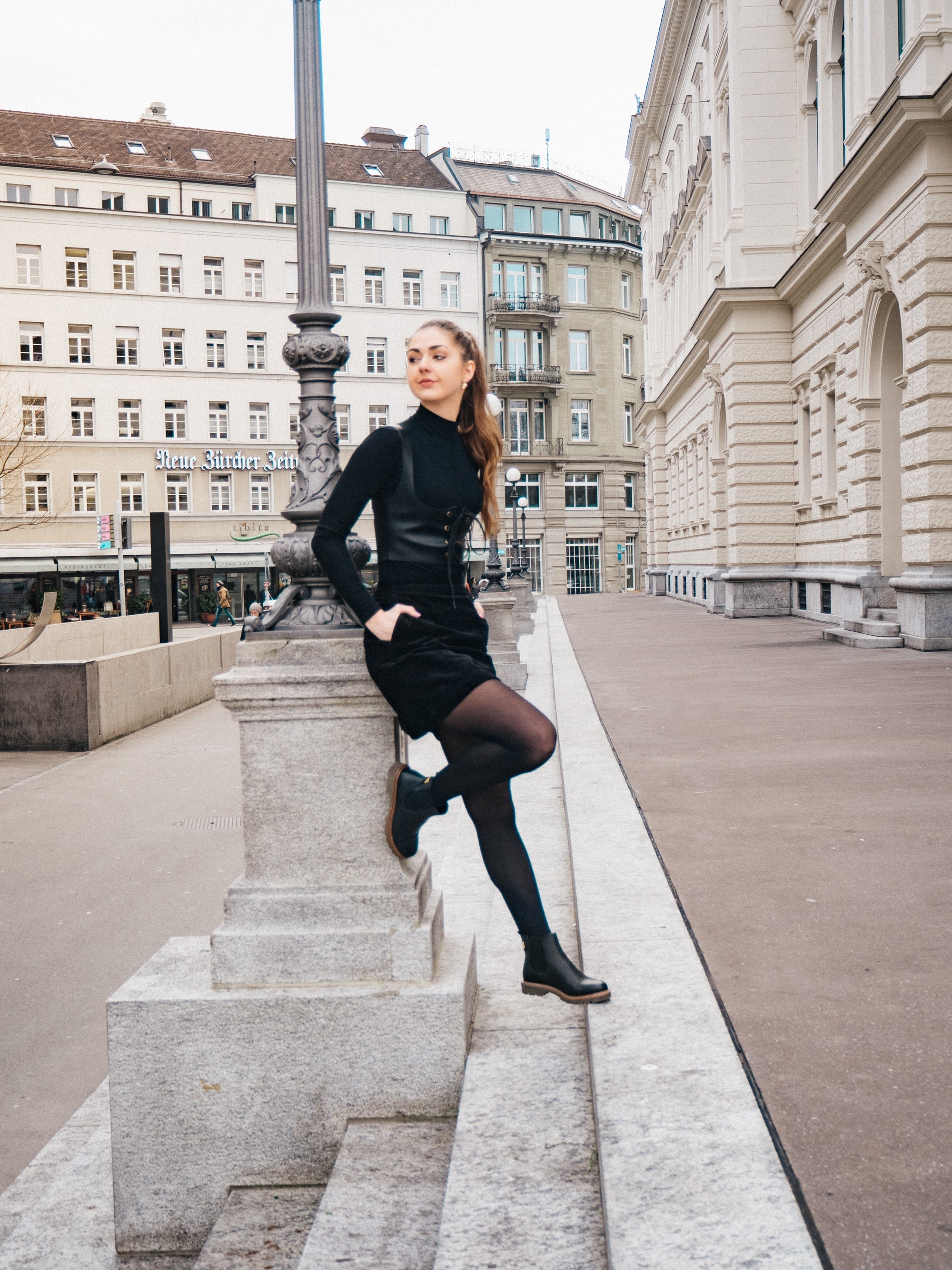 In  collaboration with Dosenbach Shoes.