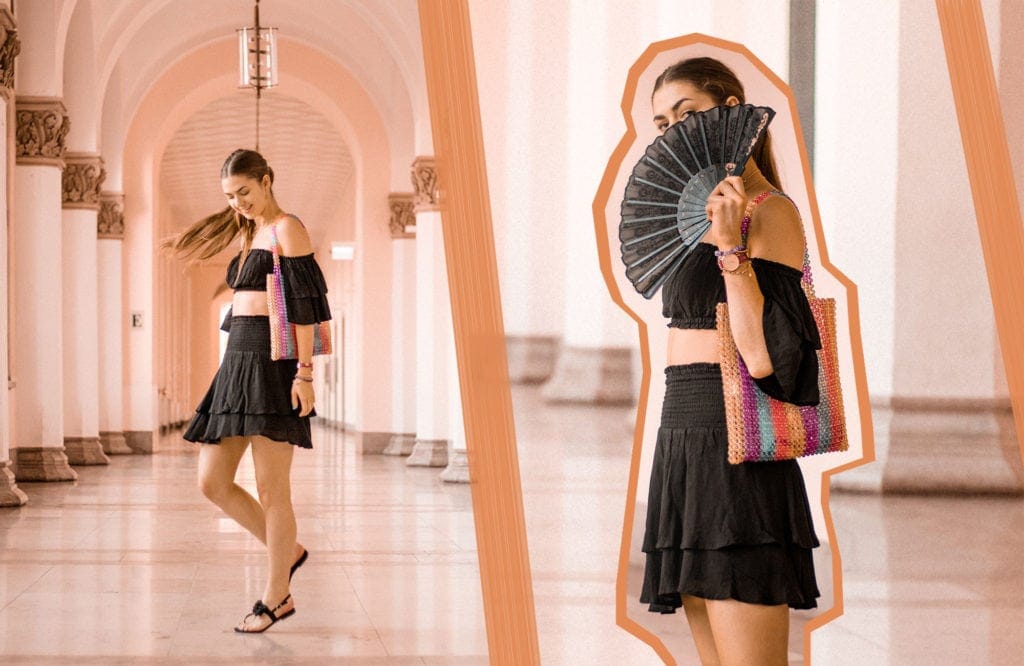 When it comes to the perfect summer outfit, the basics might be clear by now: airy silhouettes, light fabrics and with the heat wave going on, it’s best to keep it as simple as possible. So to complete this look and set a summery statement at the same time, it all comes down to the right companions. Therefore, a hand fan and sandals will be your new best friends!

Why The Hand Fan Is Still A Thing

Once upon a time, hand fans were considered as the must-accessory for women in the 16thcentury. Throughout the time, hand fans evolved in the most different forms. From an own language at Royal Households to traditional souvenirs from Japan or the flamenco fans in Spain, they have been adapted by several cultures. In the Western part of the world, they are primarily used to flutter in front of the faces on hot summer days. Last year however, Alessandro Michele elevated their status of coolness by integrating hand fans into his spring/summer collection. Just like that, the hand accessory was gifted another value. It symbolizes that not everything and anything has to be accessible by pressing a button or typing in a code. Sometimes, the “analogic” fans are even more appealing – also if you don’t speak the hand fan language of the court ladies back in the days.

The Time Of Sandals

Now on to the sandals. What do they have in common with hand fans? One similarity is actually quite simple: they both make summer life more enjoyable. Of course, those summer dresses look just as chic and pretty with a pair of sneakers or loafers. However, if the pedicure is ready and the warm temperatures make you want to free your feet, some sandals are the perfect choice. Regarding the history, sandals have an even longer background to tell. It is one of the oldest shoe forms ever. At times of the ancient Greeks didn’t have the same selection of variations that exists today. Nevertheless or maybe just because of that, the simple soles with the straps are the fundamental of the summer collections until today. 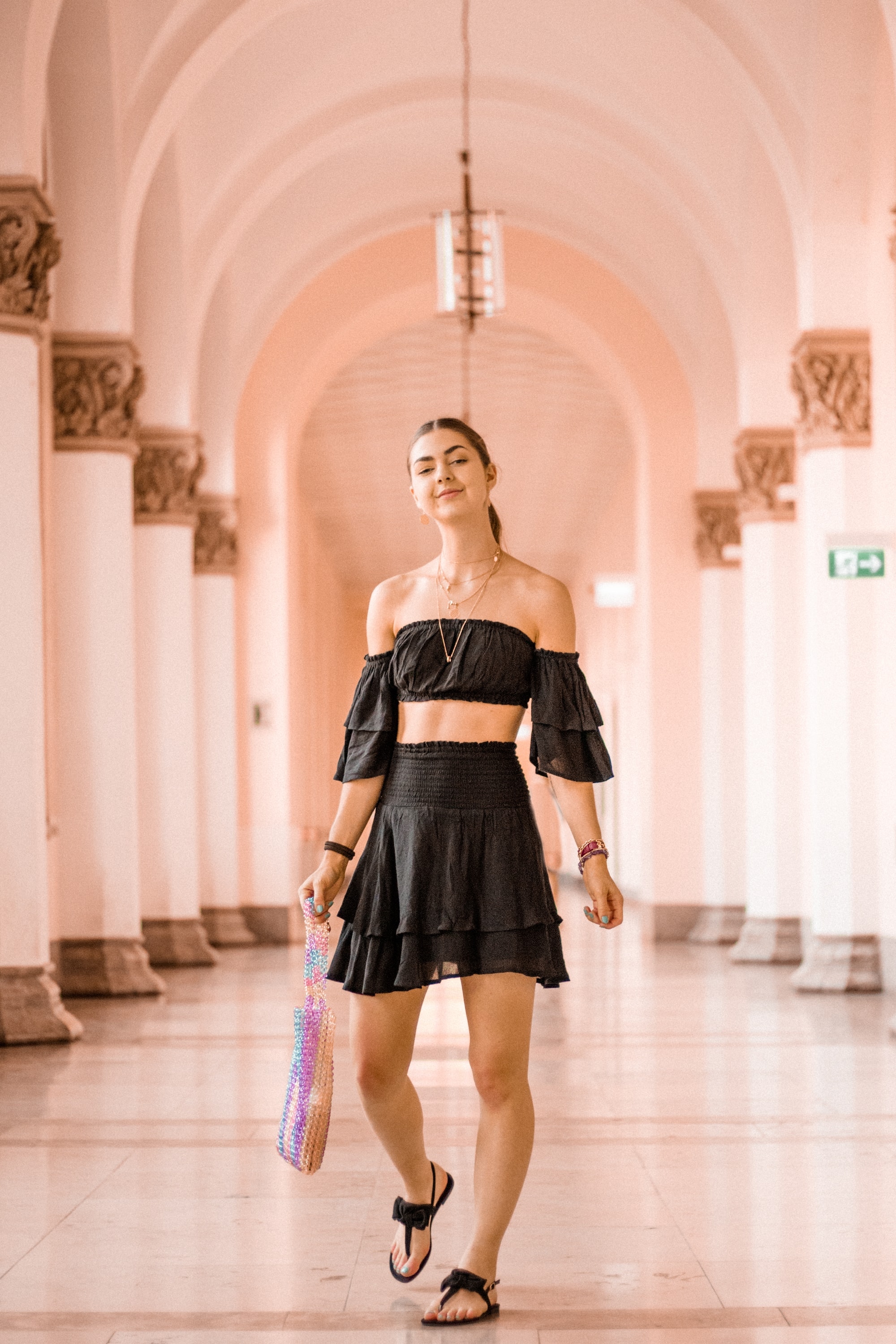 So with the next summer outfit coming along, whether it is styled with a hand fan or sandals, why not think of the story of your trusty companions for a moment. Today, they symbolize that time is not a number or a date only. Time tells stories, which are shaping the present days – and in some cases, they even fresh up this heating summer season. 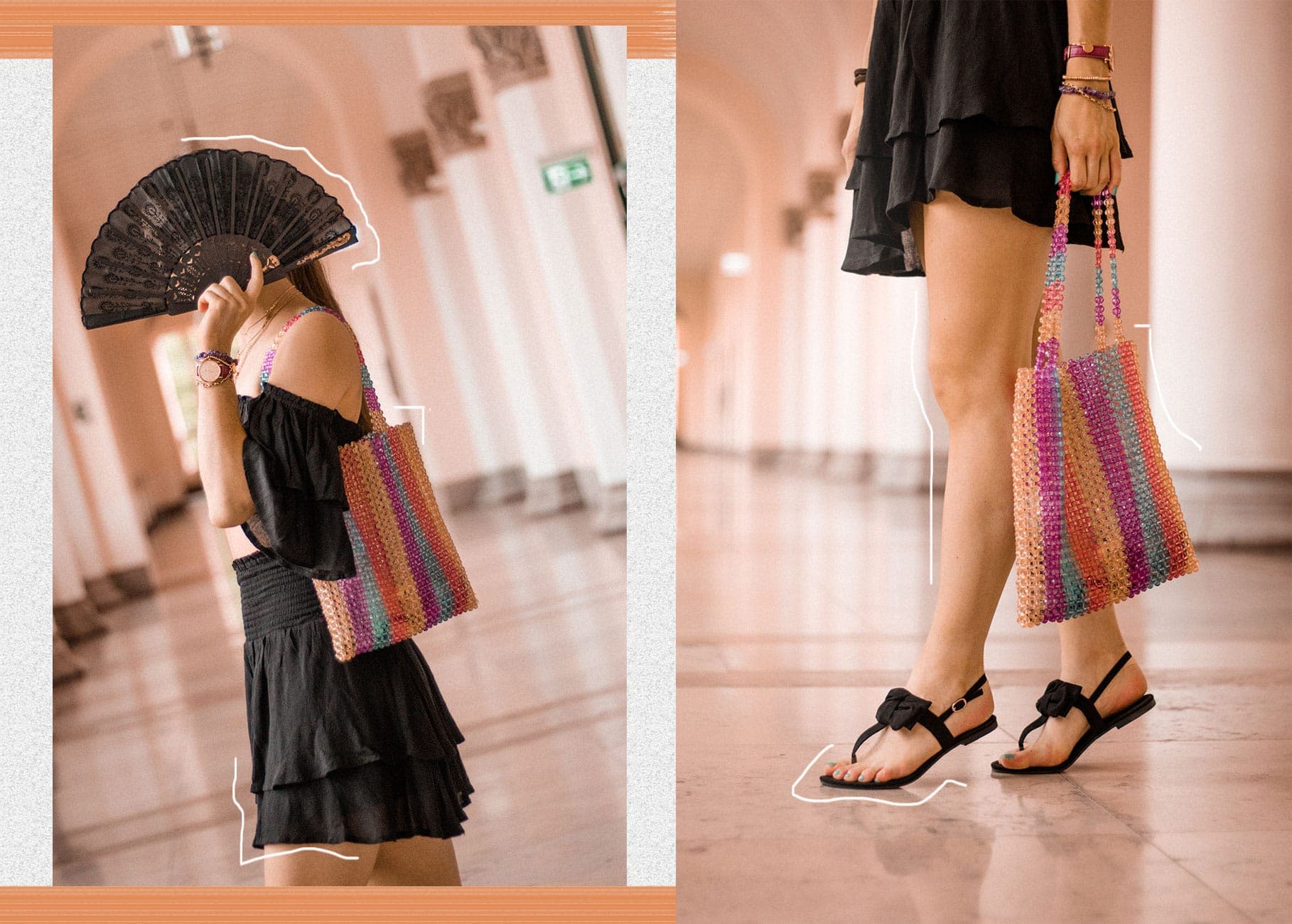 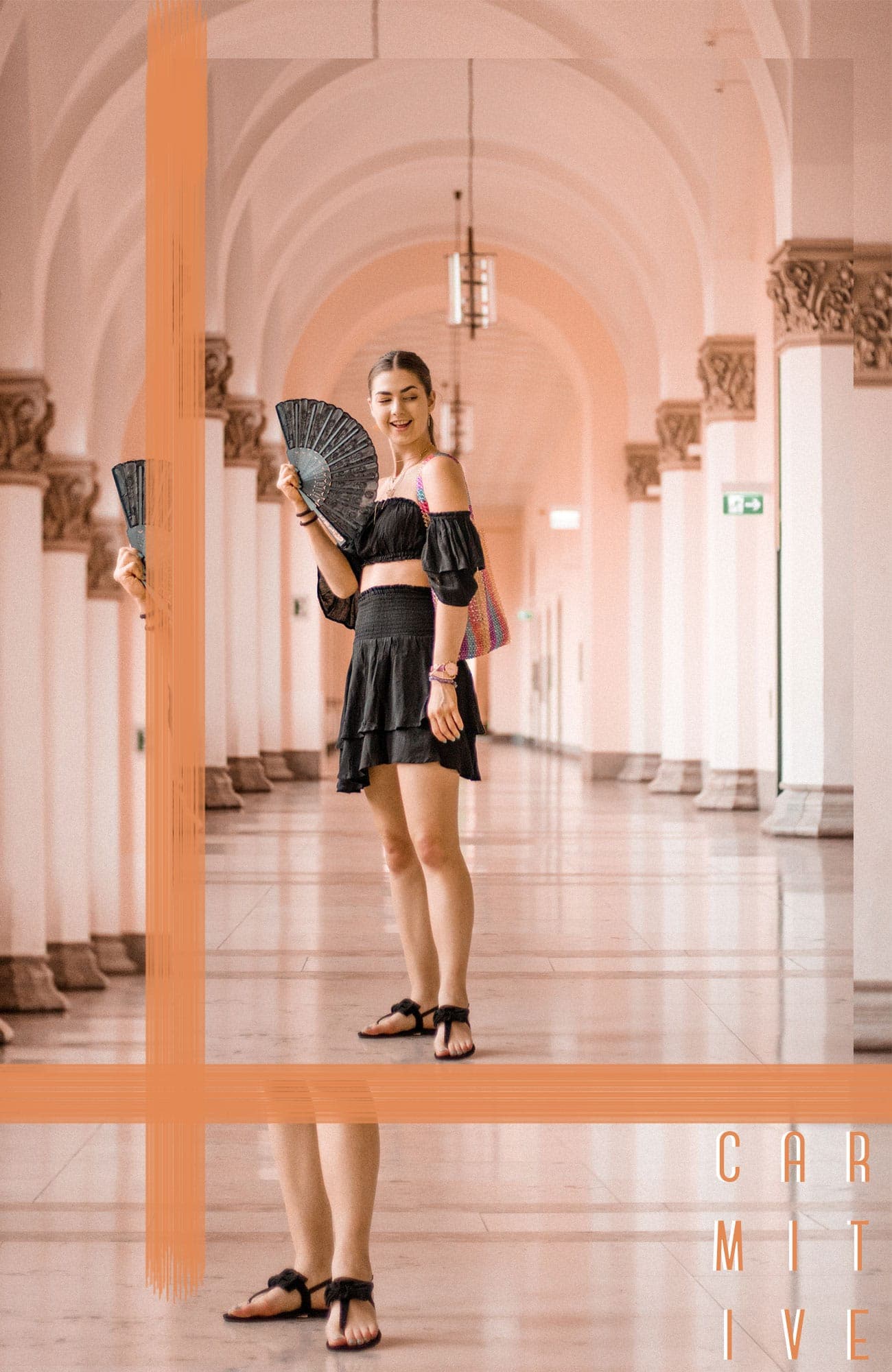 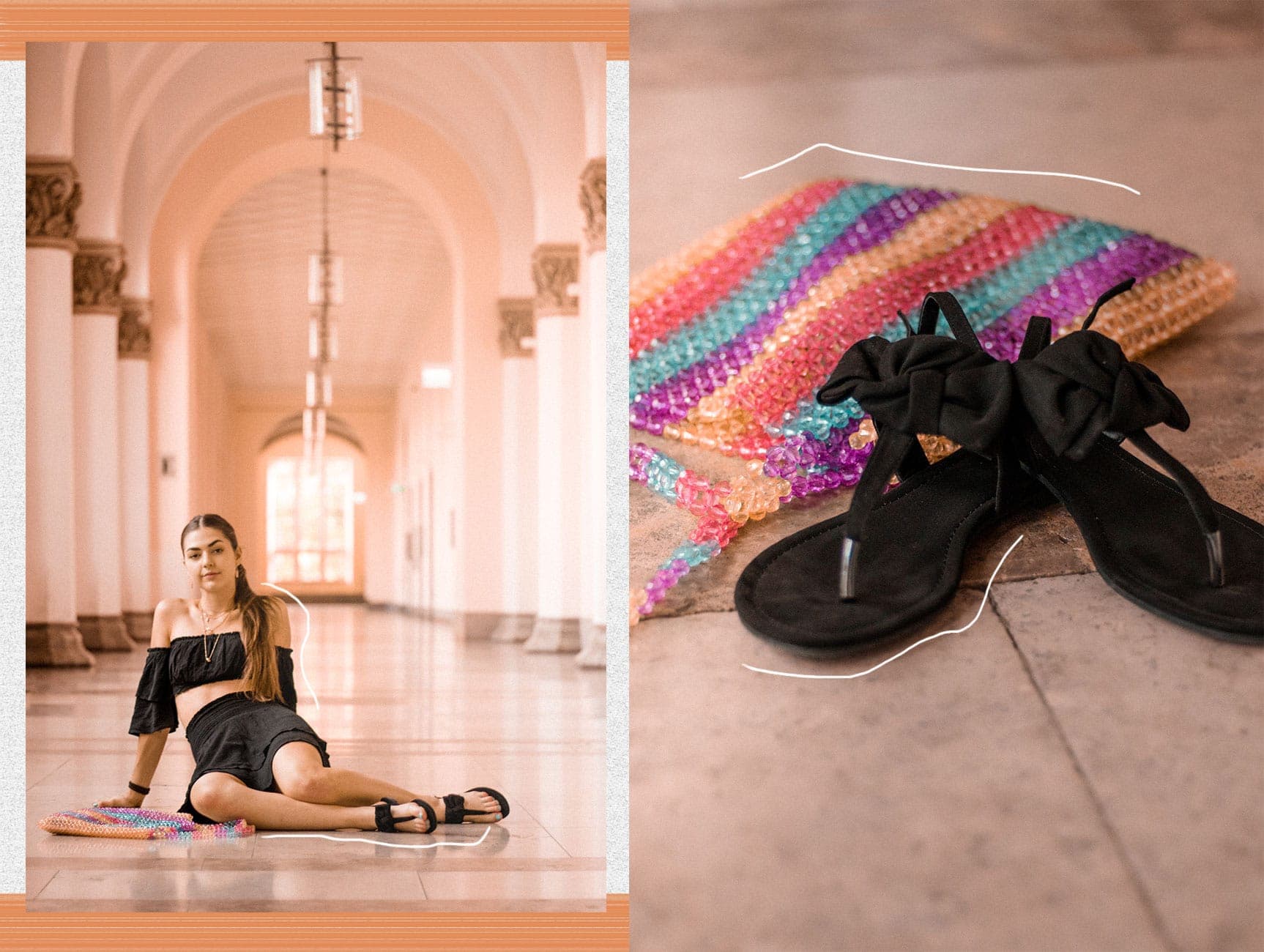 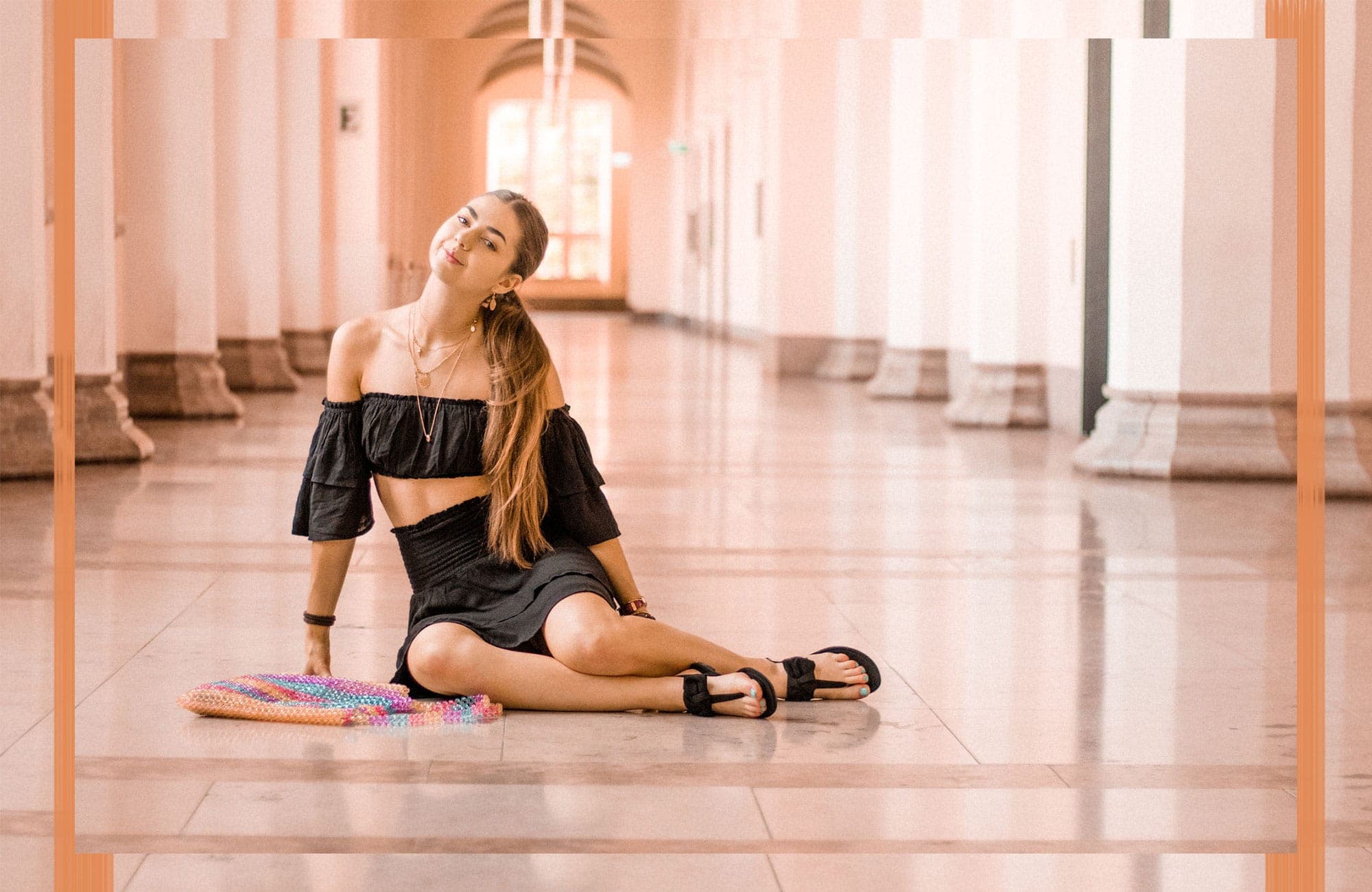 Photographed by Selin from @selin_minaa

In  collaboration with Dosenbach.