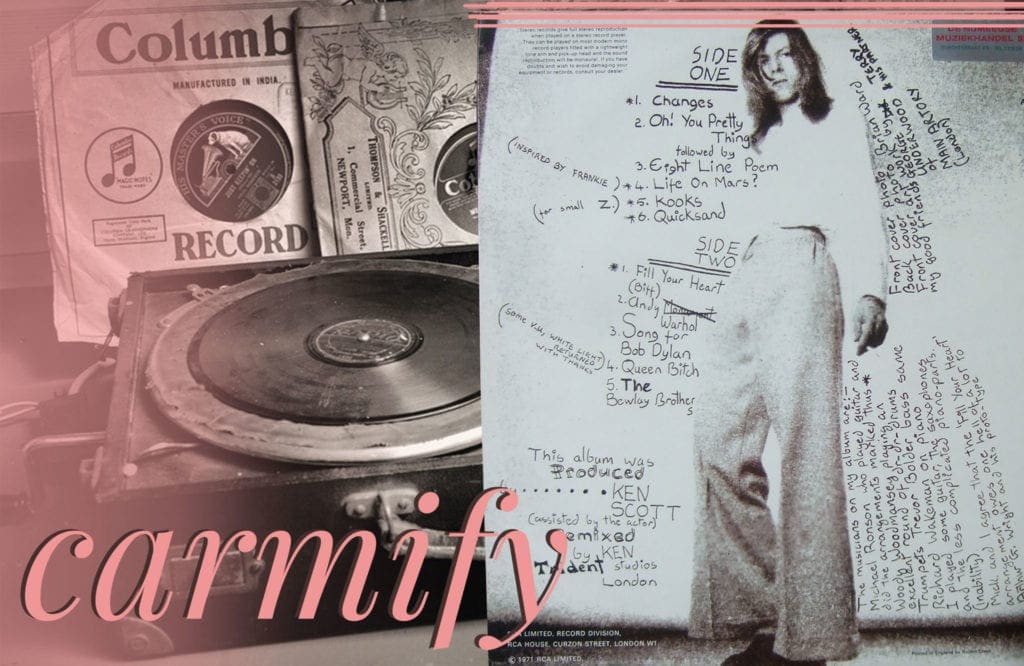 I still remember how I felt, when, at one of my frequent visits to my grandparents, I heard Bach, Chopin, Tchaikovsky like even before walking through their door. It was mostly during the evening, when my grandfather decided to throw on his record player. And to me, that always sounded so impressive, almost like a concert in their living room. As I grew older and after experiencing CDs (and my lack thereof), I was more interested in portable media players because of my lack of CDs, and because I was able to listen to almost every genre of music.

My taste has always been weirdly diverse, especially at age ten. On my iPod I had it all (some of the singles were definitely courtesy of my dad): Billy Talent, Britney Spears, Beatles, Jay-Z. And that’s what I liked about it. It’s funny to think that how revolutionary Steve Job’s idea of offering individual songs instead of full albums was. I could simply press some buttons, plug in my headphones, had my favorite songs on repeat and was ready to go.

From CDs to Spotify – You Can Have A It All

Then came Spotify (many years later, for me even later because I’m one of those people who hates everything new and changes for that matter and I was fine with buying my music on iTunes or as actual CDs). Eventually, I came around and I must say, I was impressed at the easy accessibility of every song, once again! I even discovered some awesome new artists through it. However, due to my car not having an aux plug in (and probably because I’m a hipster or whatever you want to call it and most importantly because I like to have something in my hands), I never stopped buying CDs. Also, I was kind of missing that feeling I got in my grandparents’ living room. You know, that house-concert feeling, when we would listen to all sorts of classical music or jazz. So, the hipster or materialist or whatever you want to call it, that I am, I got my hands on a record player of my own. And boy, wasn’t that a brilliant investment! Funny enough, it was around the same time I discovered Spotify. So once again, I had it all.

How To Find New Favorite Songs

The beauty of a record player is, actually LISTENING to music. (I know, shocking.) But you don’t just have to press some buttons and are ready to go. You need to actually touch the record, and may or may not will sit around for ten minutes to an hour, looking at the stunning artwork, or reading the lyrics, which I had already enjoyed about CDs. My personal recommendation: “Hunky Dory” by David Bowie. When you gently put the record on the player, carefully let the needle touch it and wait for that first note of whatever song comes first to play. That feeling is something, let me tell ya. Because the piano in Aretha Franklin’s “Jimmy Lee” just sounds so much better with those little scratching and crackling noises.

I also love how much more aware it makes me of the music I am listening to. Because it is an actual process. Because you have to turn in around, and you don’t really skip the songs you don’t like. Eventually, you might even come around liking them! Unpopular opinion: I never really liked “Here Comes the Sun” by the Beatles that much. I kind of felt it was overrated, but it really grew on me and I understood the hype. For that matter, “Abbey Road” is one of my absolute favorite albums to listen to. Every song is simply amazing. So, for getting used to no skipping, I would recommend listening to albums that only have bangers on them. That, of course, is so subjective and personal. However, some of the albums where I find every song to be an absolute banger are:

And obviously you do not have to go through the hassle of buying a record player and regularly investing in records or CDs, but how about not just pressing play on an already pre-mixed playlist on Spotify? There is absolutely no bad to it, but it can be quite refreshing to focus on only one artist for the entirety of their long player. So, for a little detour, there won’t be a playlist to download like in the usual Carmify posts, but the suggestion to make an effort and listen to a whole album at once. But to be fair, I used to create mix tapes of my favorite songs before there was Spotify, so who am I to judge?