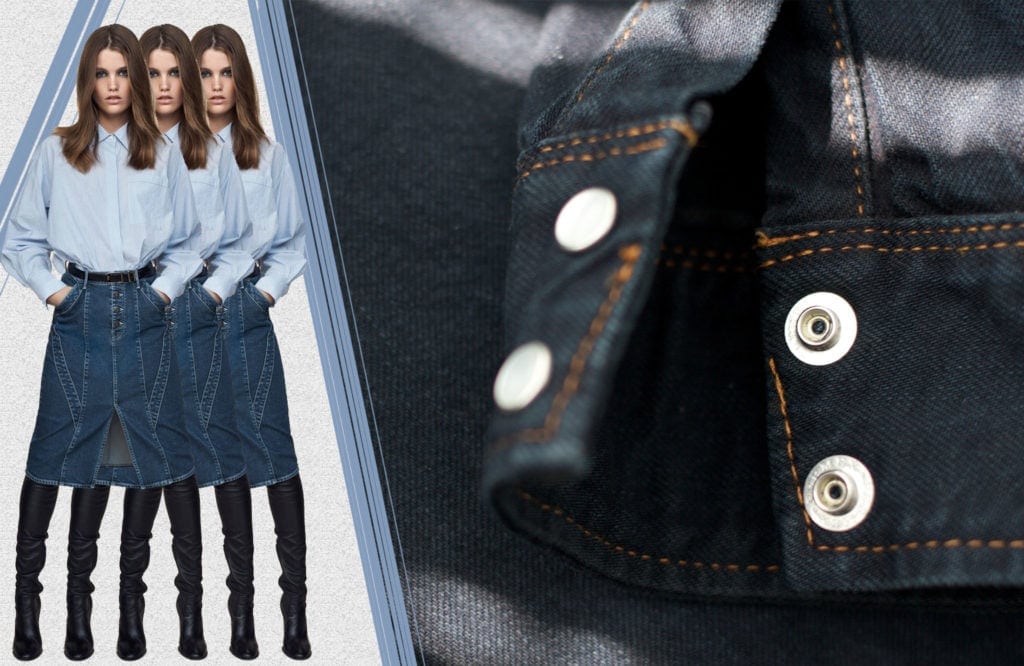 Denim is one of the most important materials when it comes to clothing – it’s basically an allrounder throughout the year. Yet, designers are still surprising us with new cuts and washings every season. For the first time, Jason Wu developed a jeans capsule collection in in collaboration with the American denim brand 3x1.

When hearing the name Jason Wu, it’s likely to automatically think of wonderful and glamorous evening gowns – especially the dress that Michelle Obama was wearing at the inauguration ball of her husband. Thanks to the white gown with attached flowers and sparkling Swarovski stones, which then was exhibited at the National Museum of American History, Jason Wu gained more popularity and honor.

Why Jason Wu Is Ready For Something New

Now, the Taiwanese and Canadian designer seems to give his label a fresh new look by implementing new ideas and expanding his collection. Lately, he renamed his main line to Jason Wu Collection and his second line to Jason Wu. Speaking about materials, the designer wants to broaden his horizons as well. For spring/summer 2019, he collaborated with the New York based denim brand 3x1. With the help of 3x1 founder Scott Morrison, Jason Wu has incorporated denim into his designs for the first time. The result comes as a collection of five pieces in different cuts, colors and washings. All of them, including a long white skirt with buttons and two pairs of denim shorts, stand for the classic elements of the designer, such as the geometrical threads. Thus, the different pieces appear in an elegant and feminine way – even though they are made of the rather stiff material.

For the two designers the most important factor of the collaboration was to share their different talents and develop great products together. “Scott and his team have amazing expertise in denim. I felt like this would be a great collaboration because the denim provides a nice, sportive contrast to my aesthetic, which is inherently very feminine”, Wu said in an interview with Vogue. According to Scott Morrison, collaborations are also important to 3x1 to provide well-fitting clothes with good quality design:

“3x1  has always  been  about collaboration,  as  we have  always  invited people  into  our process.  Creating  their own  unique  denim pieces  through  our custom  and  bespoke programs,  or  partnering with  retailers  to cater  to  their clientele,  that  is what  we  do, and  with  Jason Wu  it’s  an incredible  opportunity  to share  our  process with  our  collective  brand fans  and  with our  wholesale  partners around  the  world.”

It seems as we have something to look forward to for next spring – maybe you will choose your favorite piece(s) already now!